The word hormesis may be unfamiliar to you, but you will probably find that the concept is not, and that the benefits are already well-known to you!

: a theoretical phenomenon of dose-response relationships in which something (as a heavy metal or ionizing radiation) that produces harmful biological effects at moderate to high doses may produce beneficial effects at low doses 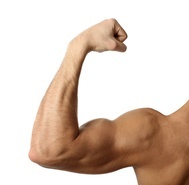 How does this work?  The exercise results in slightly damaged muscles.  The living tissue repairs the damage, and in the process makes the muscles stronger than before.
Key points:  not enough exercise and too much exercise can harm you... and there's a range within which benefits will be realised.
Another example would be the minerals which are an essential part of our diet.

A specific illustration: Iron.....  (according to the CDC): 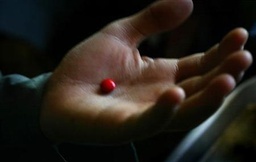 Iron deficiency is a concern because it can:

On the other hand, too much iron is also bad for us:

"Hemochromatosis (called iron storage disease) occurs when the body absorbs too much iron from foods and other sources such as vitamins containing iron. This disease causes extra iron to gradually build up in the body’s tissues and organs, a term called iron overload. If this iron buildup is not treated, it can, over many years, damage the body’s organs."  <also from the CDC>

In between the 'too little' and 'too much' problems, lies the area where benefits are seen....

(Here’s a link to the BBC summary on this matter)

Something as fundamental as the amount of oxygen in the air also has a lower limit for survival, and an upper limit, too. In between is a fairly wide range of levels which are acceptable.  You may not realise that the oxygen content of our atmosphere has varied quite significantly through the ages, according to some scientists.

See this link from Cambridge University

So the key point here is that there is a range within which we can live...  and perhaps the optimum level may be slightly different from the typical 21% we now experience.

With a living organism, too much or too little can always cause problems.  Here are the two extremes for water:

Severe dehydration, if not treated immediately, can lead to complications, the most extreme being death, because the blood circulation would cease. Anyone who became severely dehydrated would need to be admitted to hospital and be put on a drip to restore the substantial loss of fluids.

In rare cases, it is possible to become overly hydrated (for example, while exercising). This condition, known as hyponatremia, is caused by low levels of sodium (salt) in the blood. It can occur when too much water is drunk over a very short period of time (which might even be done as a prank or 'dare').

Athletes' blood sodium level is reduced through sweat and can then be further diluted by drinking large amounts of water instead of fluids that mantain the electrolyte levels, like fruit juices, many soft drinks, and of course specialty exercise drinks.

Typical symptoms of hyponatremia include nausea, vomiting and headache. In the most serious cases, the brain swells, resulting in confusion, seizures, coma and sometimes death.

Put simply, too much or too little water can kill you.

And of course the natural background radiation levels vary hugely as one travels around the world - the 'average' is around 3 mSv per annum (a unit of radiation dose), but the range is from around 1 mSv up to nearly 300 mSv per annum.  (Higher levels exist, but are generally do not involve 24/7 human occupation).  And, contrary to common expectations, there is no evidence of reduced health in the areas of high background, compared to those with low background - in fact, to the contrary, there is significant, compelling evidence of health benefits.
Kerala, India has areas around 35 mSv per annum, and studies have compared the local inhabitants with similar people in neighbouring provinces, and have found that they (the Kerala inhabitants) are healthier and have less cancers. 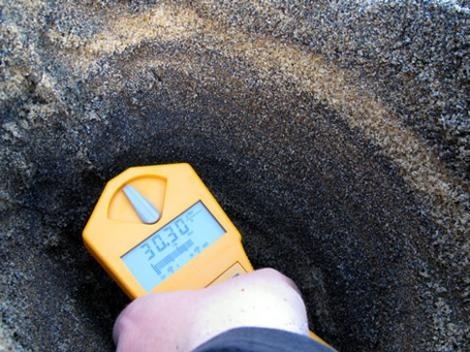 On the beach in Guarapari Brazil, the dose per annum is up to 500 mSv in some spots, and many areas are above 200 mSv per annum... however, this is all due to natural background radiation, too. This measurement was made in a patch of the thorium-laden sand, and reads 30 microSv/hr, which would be 260 mSv per annum.

People come to the beach, very happy with this.  Many people are convinced that the radiation from the sands is beneficial for their health and they gladly bury themselves there for the therapeutic effect (see next photo) or simply because they like playing on the beach!

[Sure, people all over the world play on the beaches, but they seldom shout ‘radioatividade é bom para a saúde’ (radioactivity is good for your health!) as they do so.] 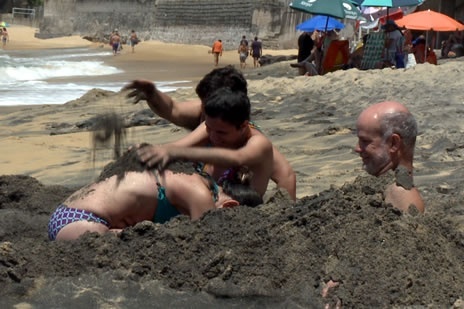 Many will be saying:  "Oh no, they'll be increasing their chances of getting cancer!" but there are many, many studies which show that long-term low-level increases in radiation dose rates actually reduce cancer frequency. 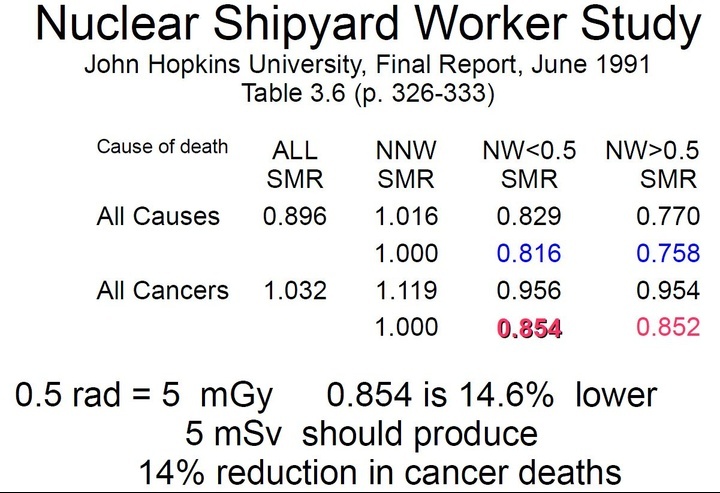 In the (American) nuclear shipyard worker study, workers were categorised according to whether they worked near radiation sources (the on-board nuclear reactor, etc.) or in other areas.  The frequency of deaths was less with those with increased radiation exposure (!) <and not just from cancer, either, but from all causes> less than those with lower, (i.e. background) exposure.  As all those studied were employed, the healthy worker effect (where it is generally acknowledged that those in the workforce are healthier than those not working) does not apply to this study. 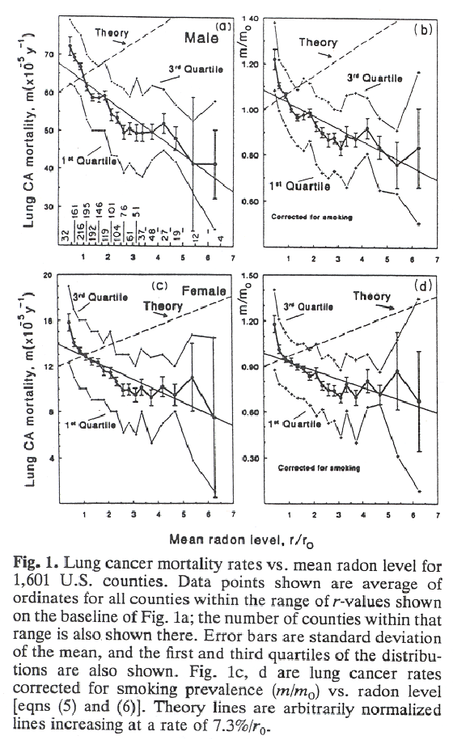 One of the most disturbing applications of the Linear No Threshold hypothesis, which is used to infer that radiation is hazardous at all levels, and that, even at low levels, radiation is still hazarous, is the concention that radon gas in homes is 'the second leading cause of lung cancer, after smoking'.  Thousands have been spent to increase ventilation in houses (for each house) to reduce the radon gas levels, and this has very likely resulted in increased, not decreased lung cancer levels, as this illustration shows (see charts to the left).

Note that an 'ecological study' is one where average mortality rates for groups of people (i.e. populations of counties) are compared to their average exposure.  The problem with this (normally) is that average exposure does not determine the average risk... leading to the ecological fallacy.

Professor Cohen stated that the ecological fallacy is often raised in reference to his lung cancer rates study.  However, it does not apply when one is testing a linear, no threshold relationship, as 'person-rem', an ecological quantity, determines (supposedly) the number of deaths in a cohort, regardless of how the dose is distributed in that cohort.  Thus his study indicates very clearly that the linear no threshold hypothesis is false.

This means that the focus should go back on smoking as the main cause of lung cancer, and that all those who offer to do radon measurements in homes, hoping to either provide a warning of a hazard, with resultant appreciation for services rendered, or to show high radon levels and then offer to renovate the home to increase ventilation and reduce the radon levels, should find another line of employment. (My apologies to any so involved, but making a living off a lie is not my idea of a good, moral position!)

Finally, I have to admit to a sense of bafflement, as so many of those who express concerns about miniscule elevated radiation levels from nearby nuclear power plants (lower than the radioactive emissions from coal-fire plants, not even considering the hazards of the non-radioactive pollution from such carbon-burners), or the use of radiation in medicine ("keep those levels low, and only do a scan if you really need it", they say, but many find these supposedly mild 'warnings' to be scary enough to make them want to avoid the radiation option all-together, thus missing out on the benefits of the medical procedure)....  excuse me, many of these concerned citizens -  smoke!